We went on an adventure in our own back garden!

The boyf and I have recently decided (OK, full disclosure, I have decided and the boyf has gone along with it) that we need to see more of the world. But we have no money thanks to unemployment and MBA saving so we have been writing ideas down and putting them into a pot for when we do have money, and trying to do random things that cost less than a £5. In this respect we are fortunate to live in London, so we decided to mix it up and go for a quick trip to the Natural History Museum.

Our adventure was picked after the boyf was OUTRAGED to discover that Dippy, a 26m dinosaur plaster caste skeleton, was being removed from the Hintze Hall to be replaced with a genuine blue whale skeleton instead. Such an affront to his cherished childhood memories could not be allowed to be simply ignored, and so our adventure was as much for educational enrichment as to spit on this pretender to Dippy’s throne.

After a pretty impressive queue to get through a security check we started off in the Red Zone, which is the Earthy stuff like volcanoes, erosion and quakes. Generally fun, but also extremely busy, it’s good but sticks pretty firmly at the high-school level. They did have a great exhibition on the history of hominids, including neanderthal skulls and ancient human footprints, which was v. cool. They also had a bit about Homo naledi, which are my favourite of all the extinct hominids – they placed their dead deep underground in a hard to access cave system, which is handy for (very small) scientists.

Next up was the Green Zone, which includes enough stuffed animals to keep the most voracious taxidermist happy, is also home of the new whale. And it is super impressive… even the boyf was happy. The whole thing is suspended, as if diving into the deep blue, from the ceiling. The light strikes across it from the high windows and onto the stone below, so it almost feels like it is a swimming within a shimmering sea.

At this point I also noticed that the columns in the hall have stone monkeys carved on them, like religious figures in churches. After that I kept finding other stone carvings, which I can’t believe I have never noticed before. I guess there must be loads, definitely worth looking out for! We headed to the dinosaur display so that the boyf could ensure that his childhood memories were suitably preserved, even if Dippy was sadly unavailable due to his star-studded tour of the UK. Finally we headed out of the Darwin centre and found a lovely little wildlife patch, which has a tonne of different British wildlife and would be beautiful and calming if it’s serenity wasn’t interrupted every 30 seconds by police sirens, and every minute of so by helicopters ad screaming kids. 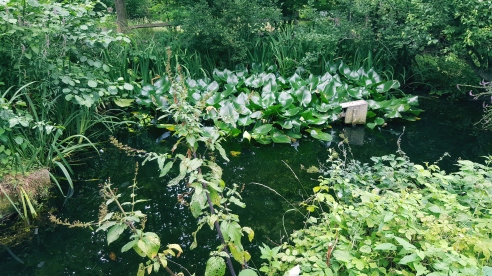 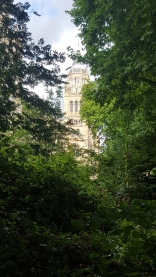 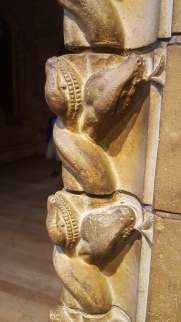 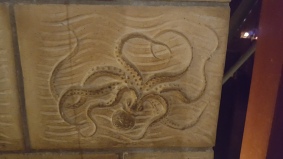 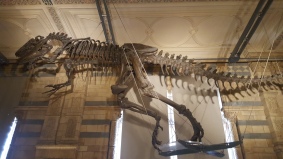 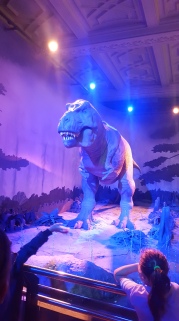 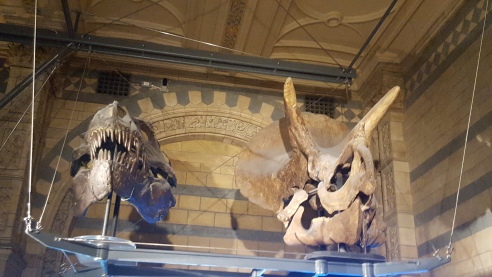 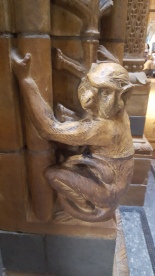 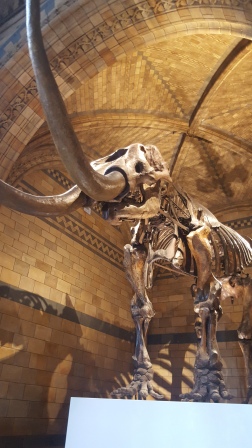 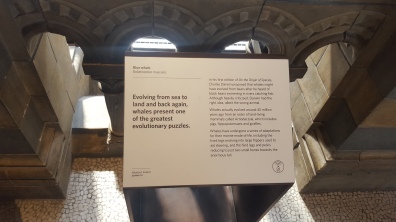 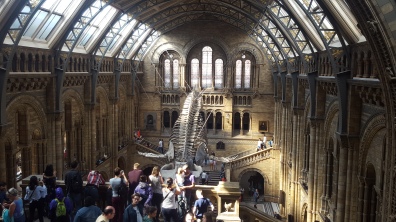 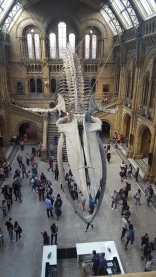 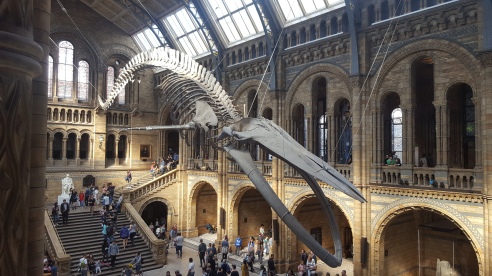 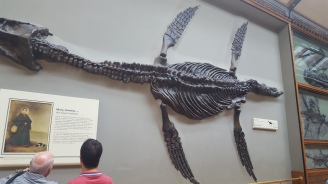 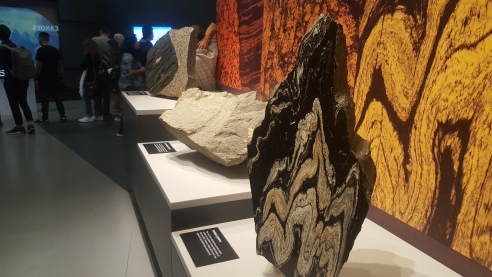 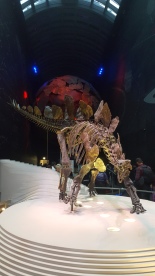